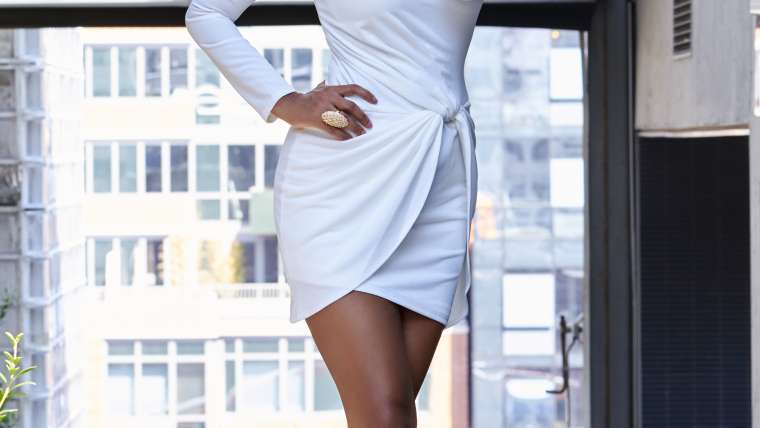 Sharon Carpenter is an award-winning broadcast journalist, TV presenter and producer. She was recently announced as the new co-host of the top-rated entertainment podcast, Loose Lips, alongside Hollyoaks actress Jorgie Porter.

Sharon was also a presenter on HQ Trivia, the viral quiz-show app, where she hosted games for as many as 2 million concurrent live players. She quickly became a fan favourite when she joined HQ U.S. in 2017 and later went on to launch the U.K. version as the ‘face’ of the show. Affectionately dubbed ‘Shazza’ by audience members, she has been lauded by the British press as an ‘icon’ and ‘cult figure.’ Recently, Sharon was named one of the ‘most influential’ people in London by the Evening Standard on its ‘Progress 1000’ list.

In addition to hosting Loose Lips, she can currently be seen sharing her strong opinions on hot topics as a frequent contributor on The Wendy Williams Show and, pre-Covid, covering
star-studded red carpets for BBC America.

She focuses on pop-culture, distilling the latest in both mainstream entertainment and
cutting-edge trends, yet she is also known for her hard news coverage – international issues, financial news and politics. When rap icon Wyclef Jean announced his plans to run for president of Haiti, Sharon scored his first television interview which ran on BBC News outlets across the globe. In her live coverage of President Obama’s historic election win, she provided expert commentary and analysis from Senator John McCain’s headquarters for BET. Carpenter also played the lead role in the network’s coverage of Michael Jackson’s death, reporting live from Los Angeles and anchoring award-winning special reports.

In 2016, Sharon made her acting debut, appearing as herself on the FOX prime-time smash Empire and quickly became a worldwide trending topic on Twitter. She has also worked as a guest correspondent for America’s highest-rated pop culture news show, Entertainment Tonight and, more recently, as the anchor of People Magazine’s weekly series The Royal Report — covering the latest scoop on the British royal family.

Behind-the-scenes, Sharon works as a media entrepreneur, creating and developing her own show concepts, including VH1’s hit docu-series, The Gossip Game. In 2018, she ventured into the business of fashion for the first time, launching her own collection with women’s contemporary-wear brand, Ego Soleil – Sharon Carpenter x Ego Soleil: Day to Play. Within the first few months of release, the line was sold out.

Sharon is a philanthropist and ambassador for two non-profit organizations – Oxfam America
and St. George’s Society of New York.